I worked on Sage’s release of Code:Breaker, so I can’t review that one. The next out was Hadena’s release. They claim they “got the quality right”. Let’s see. 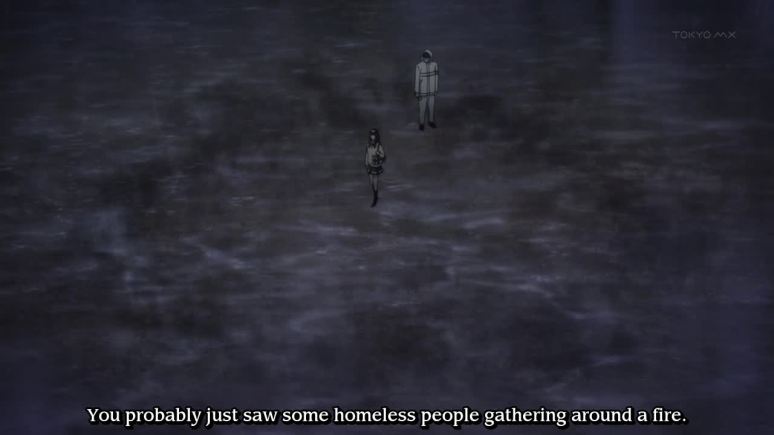 Nope. “These burn marks are probably just the remains of homeless people’s fires.” 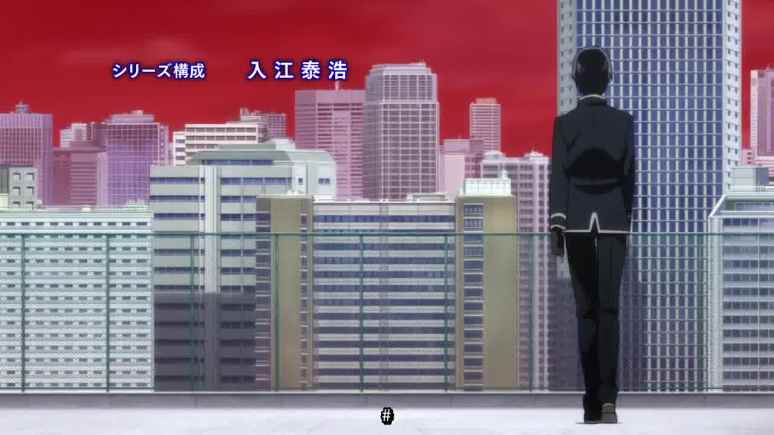 That “#” is Hadena’s idea of a song translation. 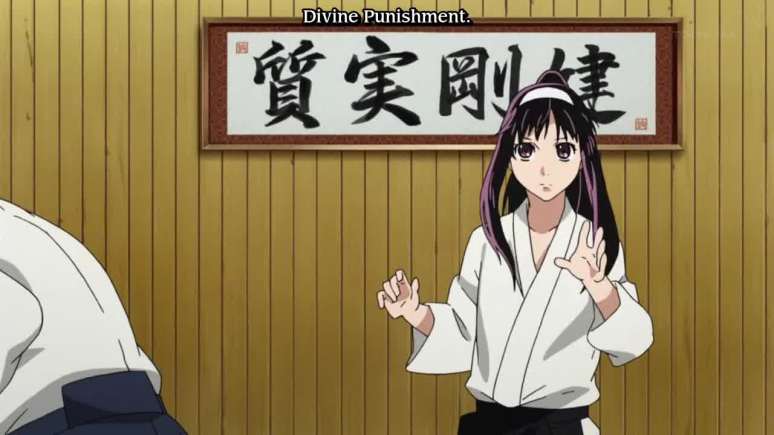 Nice attempt, but no. I don’t know what the translator thought is written there, but 質実剛健 (shitsujitsu-gouken) is “simplicity and fortitude”, not “divine punishment”. 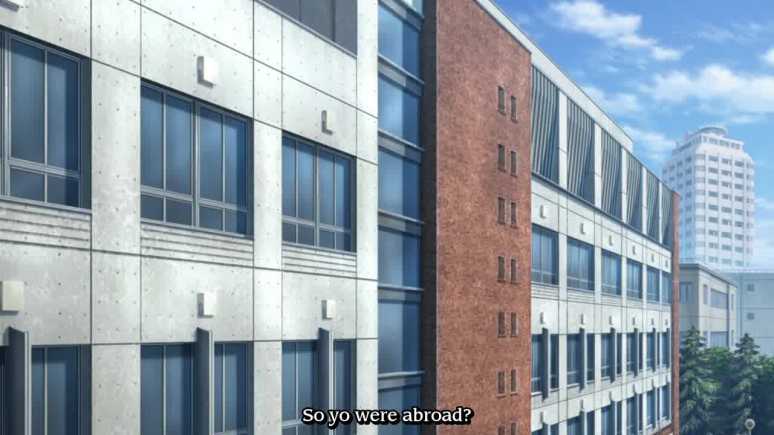 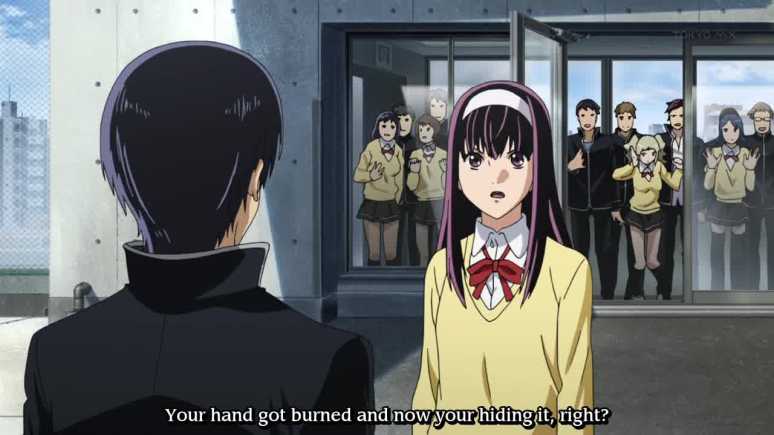 Way too much detail missing. “You burned your hand when you killed people by fire last night in the park, and you’re hiding the wound, aren’t you?” 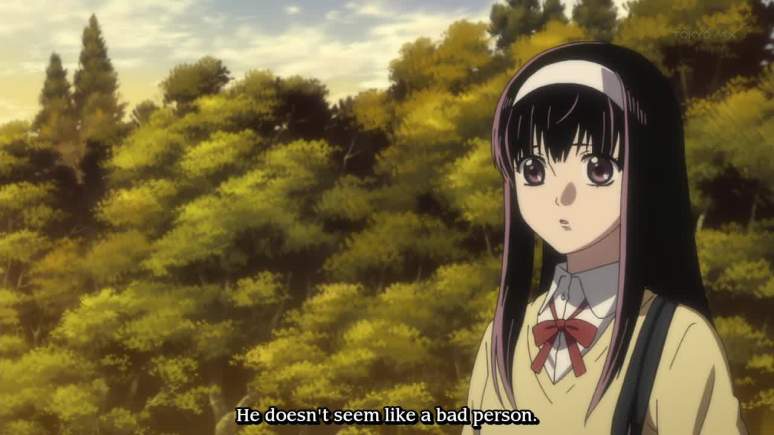 This is one of the rare cases when the anime itself is way worse than Hadena’s subs.

Mistimed line. Ends half a sentence too early. 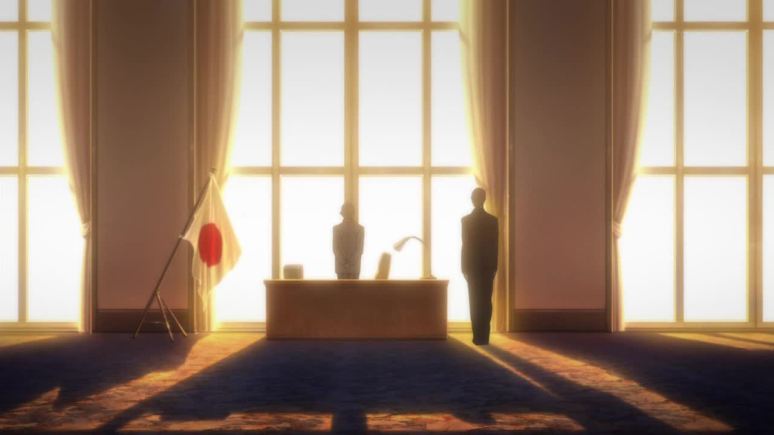 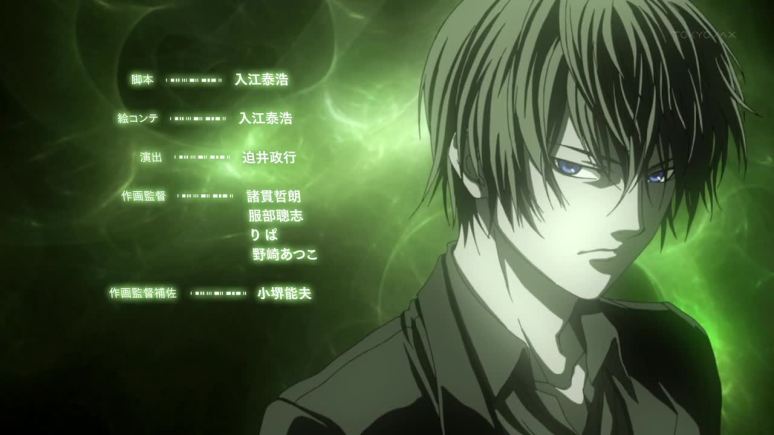 Hadena seems to be on a good streak nowadays. This is their third release this season that wasn’t bad. It’s definitely better than the series itself, that much is for sure. Only a few mistranslations, plus a bunch of mistimed lines, missing song translations and in general awkward English. I must say I even considered saying it’s great – for Hadena it sure is.