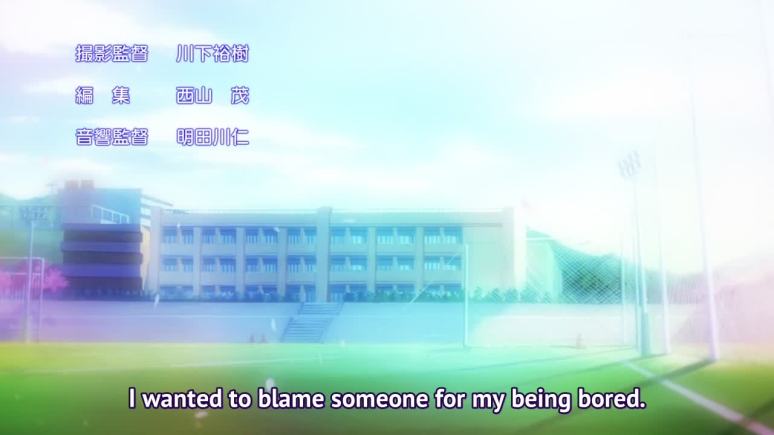 At least so many releases in a few days save me from being bored. The first out for Sakurasou was rori. The expectations are high. 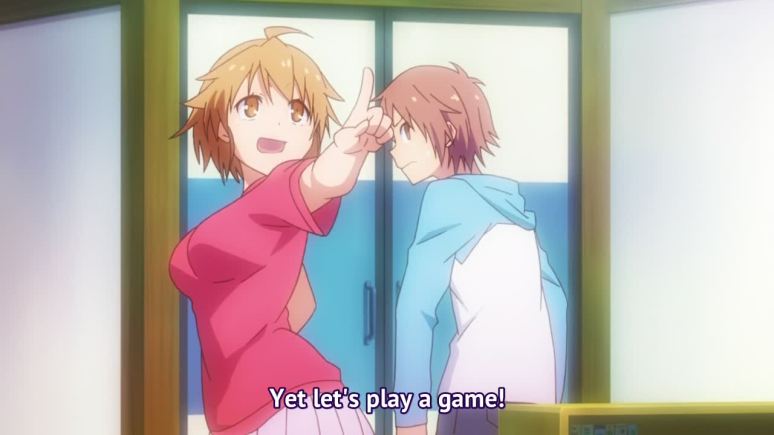 It’s really hard to concentrate on the translation with her on screen. 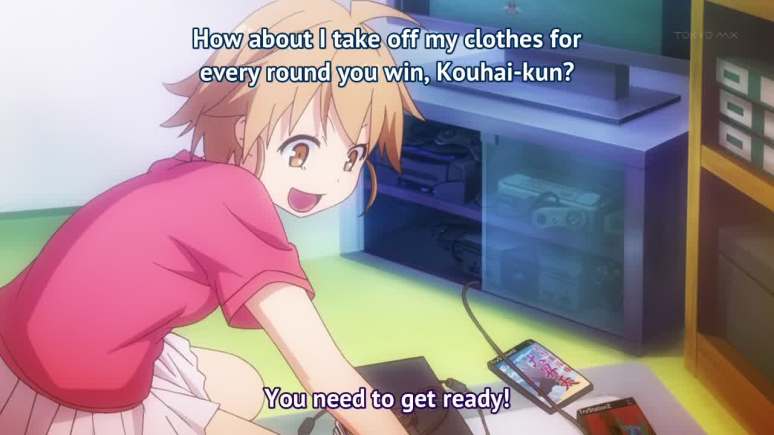 First of all, 後輩 (kouhai) isn’t as common as senpai (先輩), and especially if you capitalize it, people will just think it’s his name. 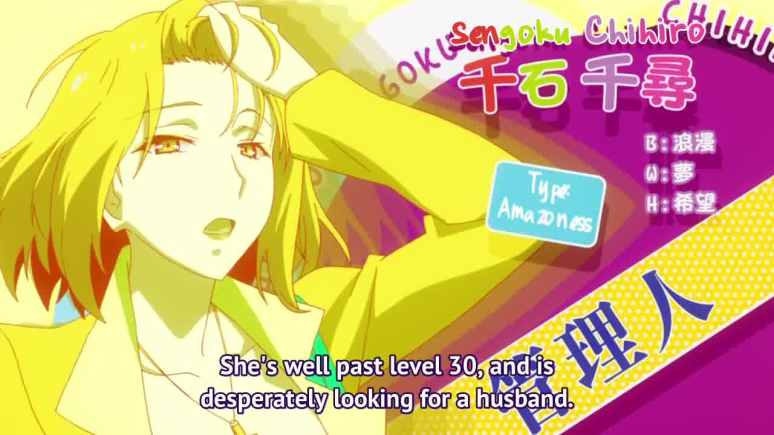 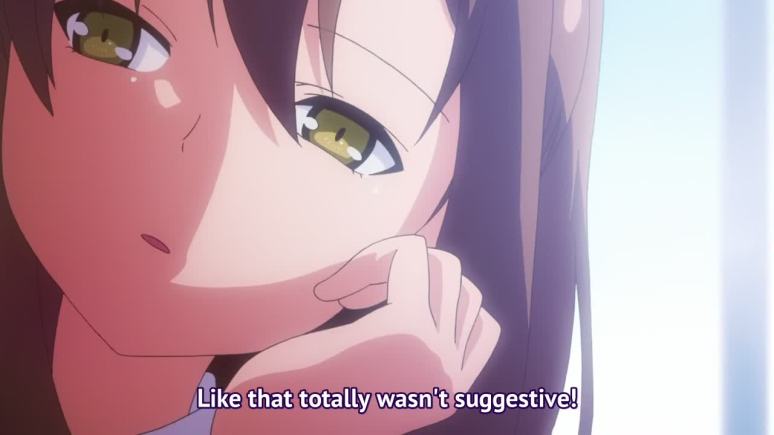 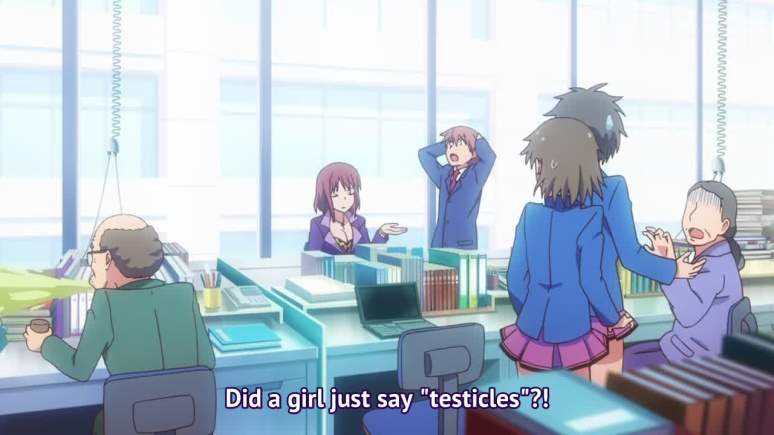 I find it weird that a student calls his teacher a girl. 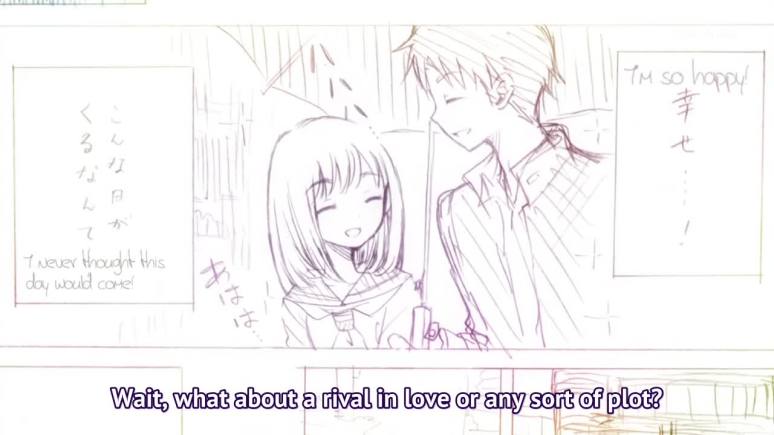 He’s pointing out that the love rival who was hinted at a bunch of times earlier (in the manga) is suddenly forgotten. 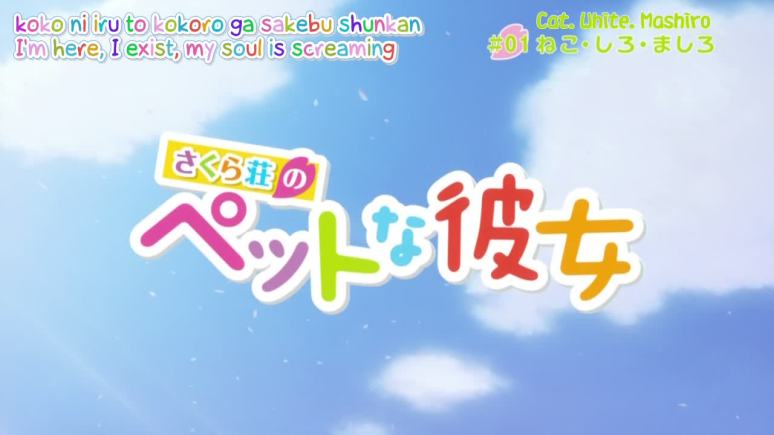 The ending’s quite simple (compared to the rest of the show). It’s not necessarily how I’d translate it (the style doesn’t really match the atmosphere of the show), but other than that it’s fine.

The show itself is overwhelmingly awesome (made me want to pick it up, but hell, I’m not really up for two seasons of such effort, not now), so I’m glad that rori did a good job and made a great script. As expected, I must say (and surprisingly enough, the typesetting didn’t break either).