This isn’t my work either. Commie released Magi second.

Formal it might be, but “disclosing information” feels horribly off in this setting. He’s no government official, he’s a djinn!

To be honest, I thought it was “orb” at first too, especially with that background, but actually it’s not 聖球 but 聖宮 (pronounced the same). 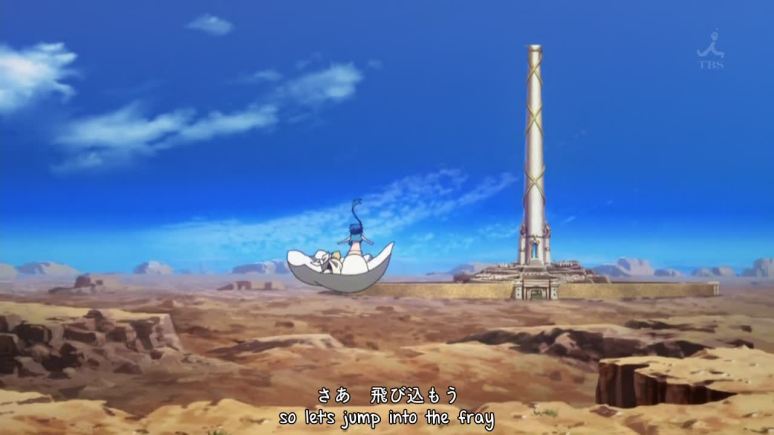 The opening translation is as good as expected from Commie’s song-translator. 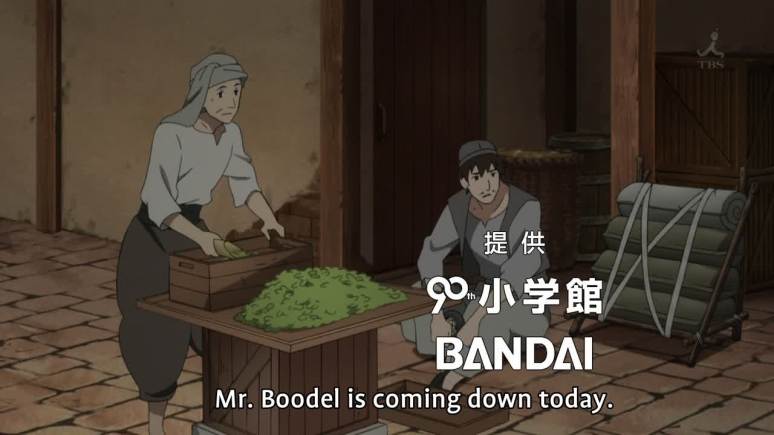 No. It’s 卸す (in this context could be translated as “deliver”) and not 降ろす (both pronounced orosu). Even if it was the latter, it couldn’t mean “coming down”. 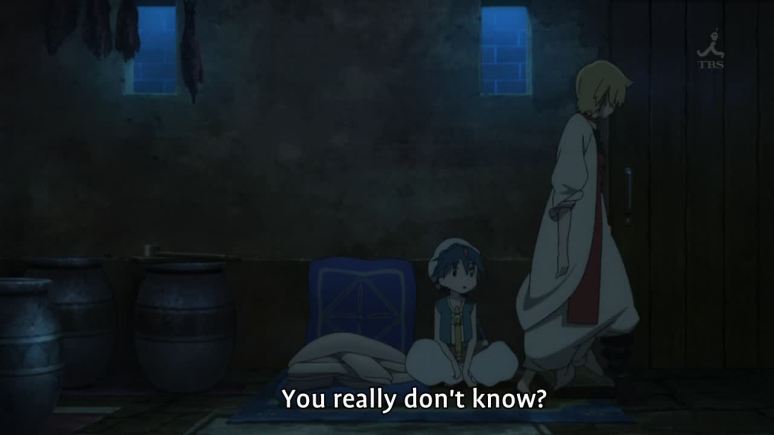 The tone isn’t right. Should be something along the lines of “how can you not know that?”

I was looking for a good word for so long, but “enchanted relics” is better than anything I could come up with. Props. 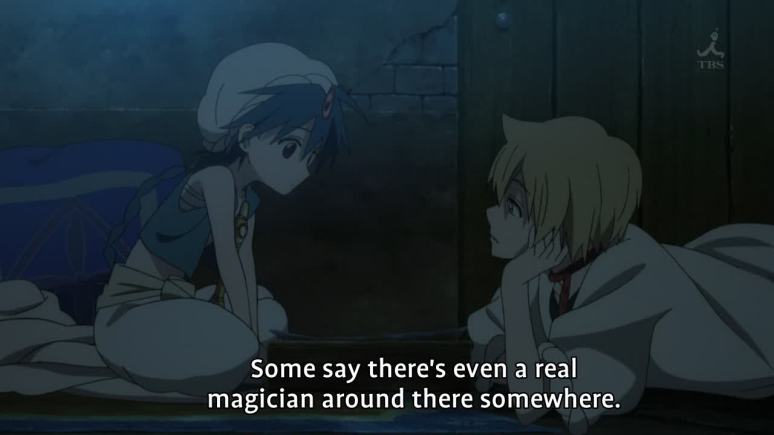 The Japanese leaves the number ambiguous, so it’d be safer to use plural here (“real magicians”). And they’re not in the dungeons, just “out there”. 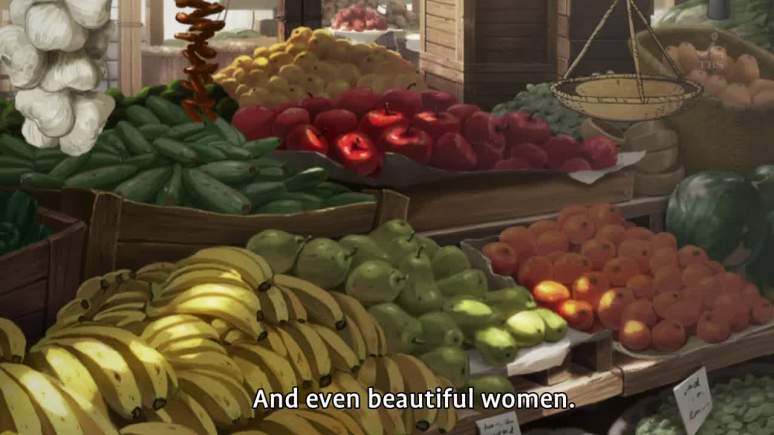 Nope. “Someone’s on the ground!” 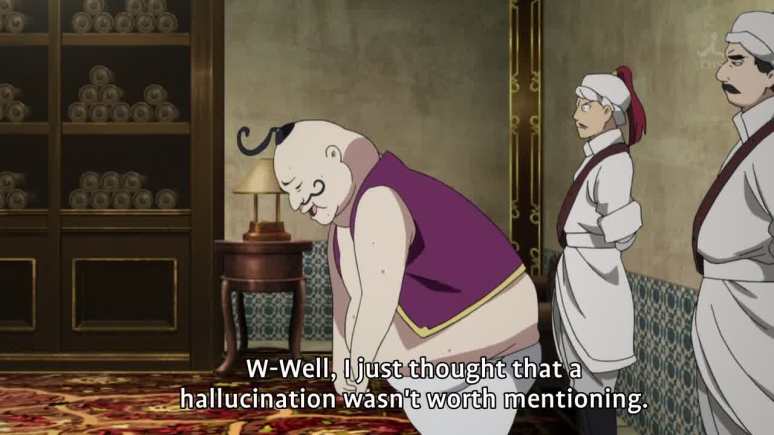 Yeah, these lines are pretty much impossible without closed captions, and apparently the Commie translator didn’t have them. 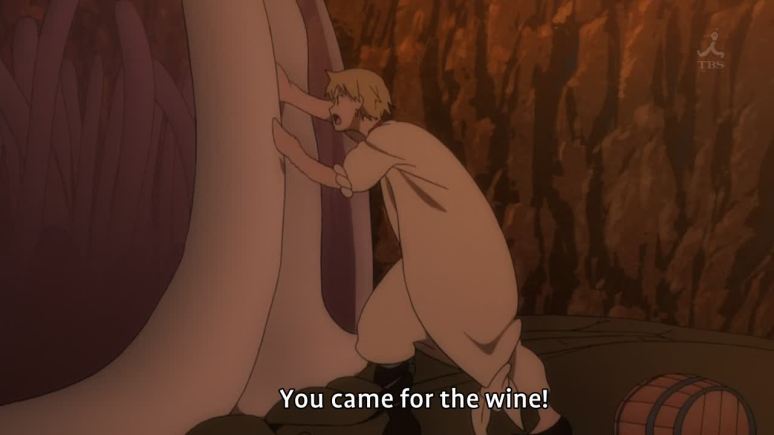 There are quite a bunch of mistakes. For most of the dialog, the translation is accurate enough, and I think that most of those mistakes wouldn’t have happened if the translator had the captions (which he will have from next week on hopefully). If you’re in real hurry and Commie’s out, don’t bother waiting for other releases. Otherwise, however…