Apparently Commie are going on a joint with Nutbladder on the show from next week, but I’m still checking this release just for the fun of it. 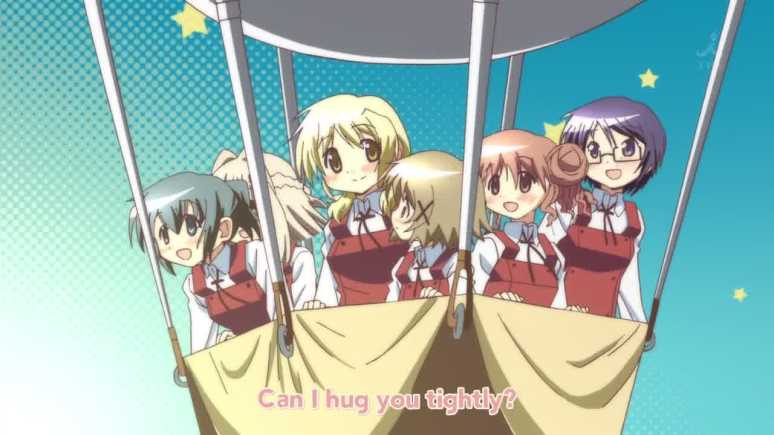 At least they tried to get the pun across. I appreciate that. The script otherwise is very steady, as you’d expect from a native speaker on a show with closed captions. It’s quite literal though, not unlike their Shinsekai.

She’s using phrases specific to the Okinawan dialect. Translating them to English kinda kills the point. (They don’t speak Texan in Okinawa…) If you don’t want to keep the script English only, then something like “They were using Okinawan words a lot back then…” would do.

And who’s that? She’s referencing a proverb (that literally translates to “three people together rival the wisdom of Manjusri”), a proverb that doesn’t exist in English (nor is it a historical reference of any sorts in this context). Localizing it somehow would’ve been better. 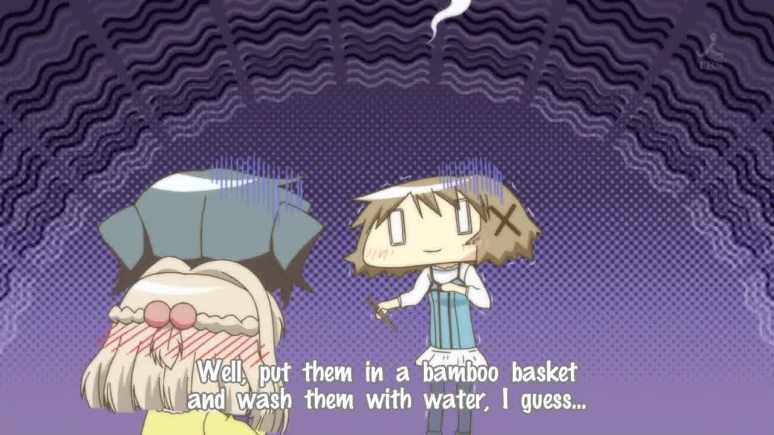 Bamboo basket? That’s a bit too literal. In this context it should be “strainer”.

The ending is a tough one, but Commie tackled it. I definitely won’t bother to try figuring it out by myself, but it’s pretty much as close as it gets.

A bit derpy English and a quite literal translation as usual from Nanu. There’s nothing obviously wrong with the script. A safe choice to watch.