Hadena boasted proudly how they use their own translation (unlike “certain” (unnamed) others). Let’s see how well they did.

Her name’s spelling has been revealed in this episode. There is no excuse for ignoring that. 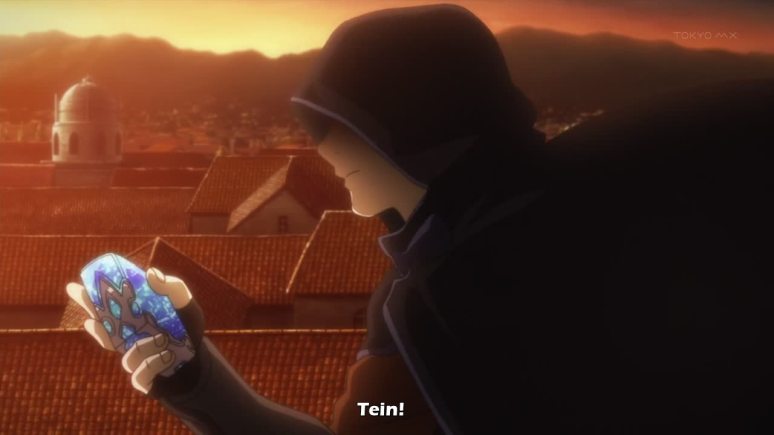 Uh-oh, here we go. I don’t know how can you mess this up, considering it’s obvious what he’s doing, and the phrase 転移 (ten’i, in this context: teleport) has appeared in earlier episodes too. 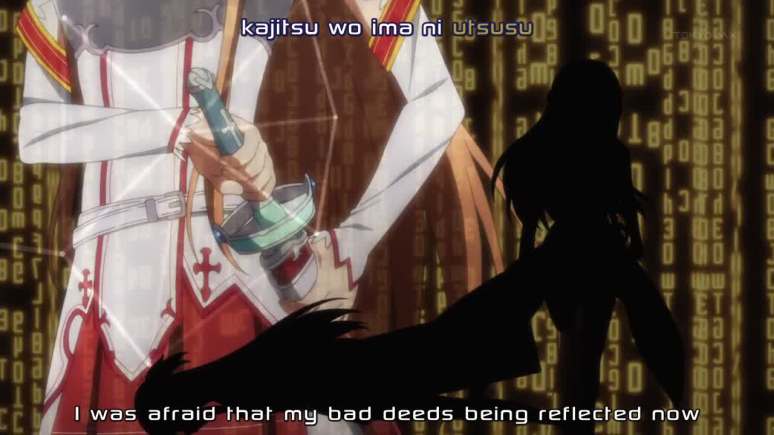 I’m impressed how they can mishear and mistranslate even the most obvious lines. 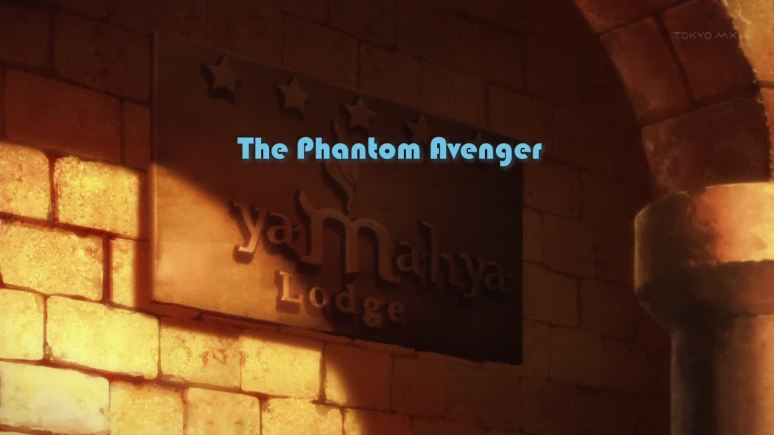 This made me laugh. 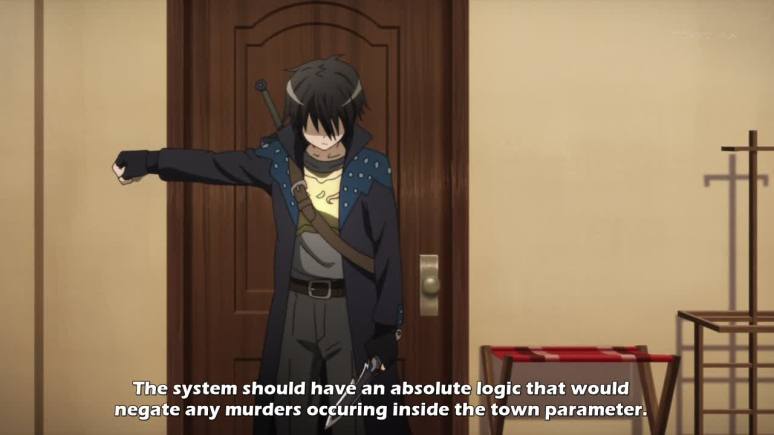 First of all, that’s not “parameter” but “perimeter”. Second, this line is unnecessarily long (not to mention the font is simply unreadable) and isn’t even correct. 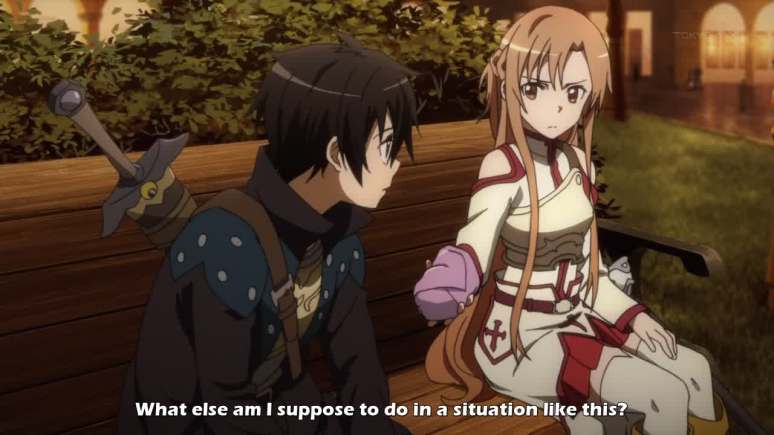 A reasonable mistranslation. While I understand why you would translate it like this, in English it ends up meaning something totally different. 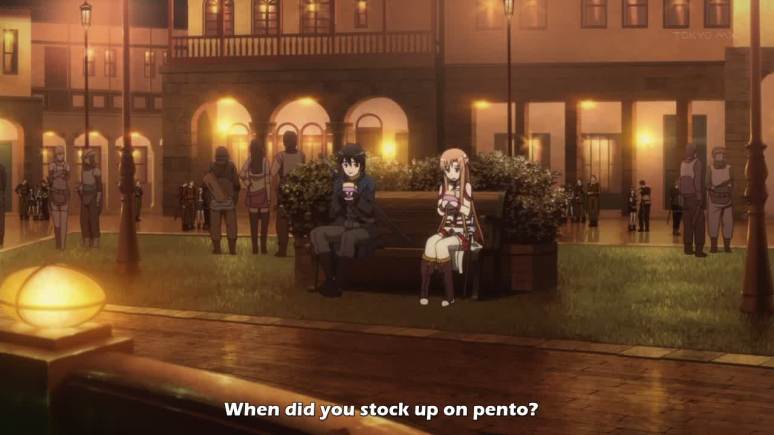 I wonder what a “pento” is… Sure as hell not an English word (nor Japanese, for that matter). He says 弁当 (bentou), the “bento” even people who don’t speak Japanese know (usually “boxed lunch” – in this context just “food”). 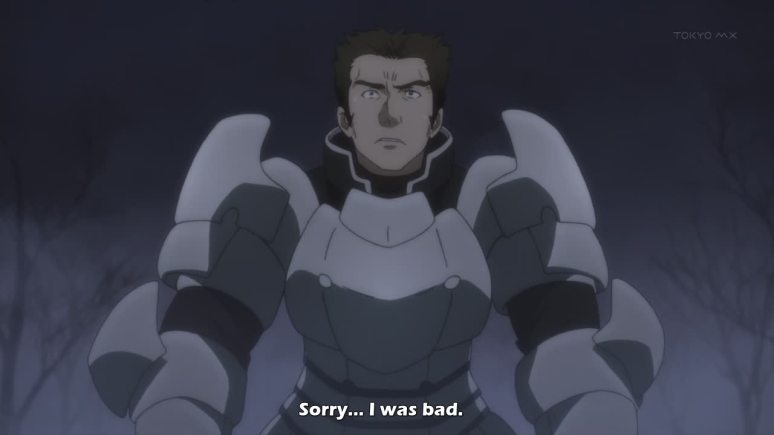 No, these subs are bad. Really bad. 悪かった (warukatta, lit. the past tense of “bad”) is often used as an apology in itself – such as in this case. 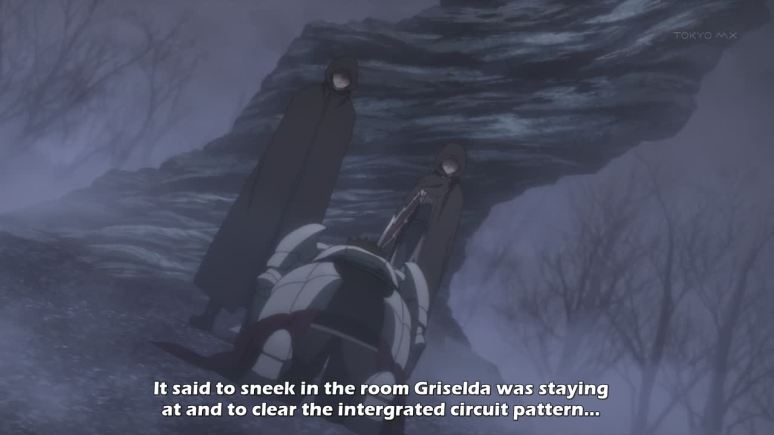 “Integrated circuit pattern”? Are you even trying, seriously? “Do a position save for the corridor crystal” or something. Shouldn’t be so hard… 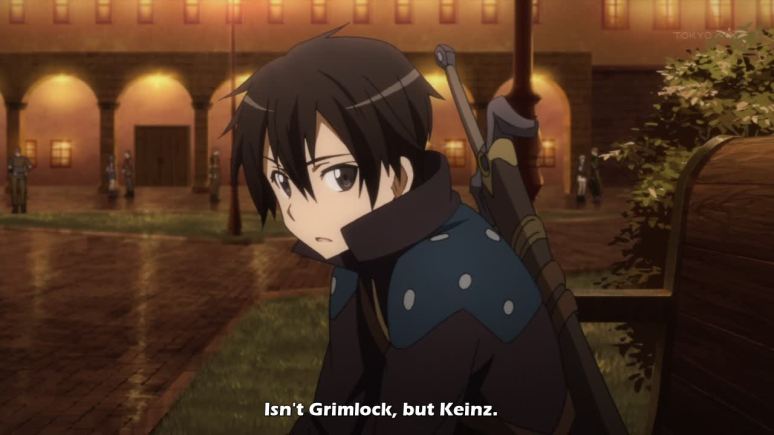 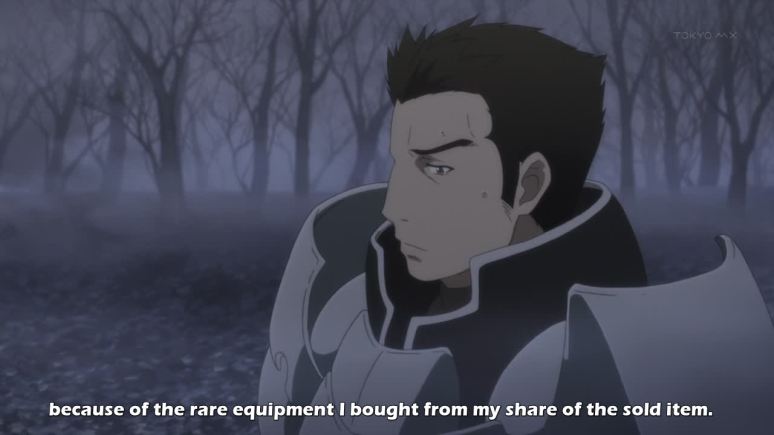 Again, these lines are long, unreadable and not even correct. (He could clear the requirements thanks to the rare equipment he bought from the money he got.) 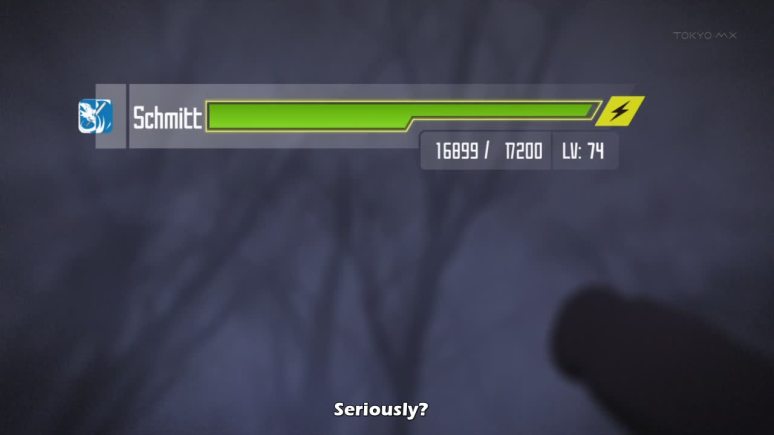 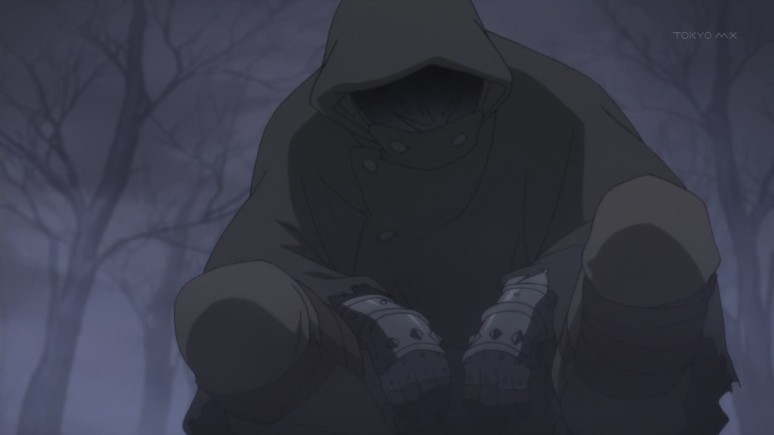 So this guy shouting “one down” isn’t relevant enough to sub? 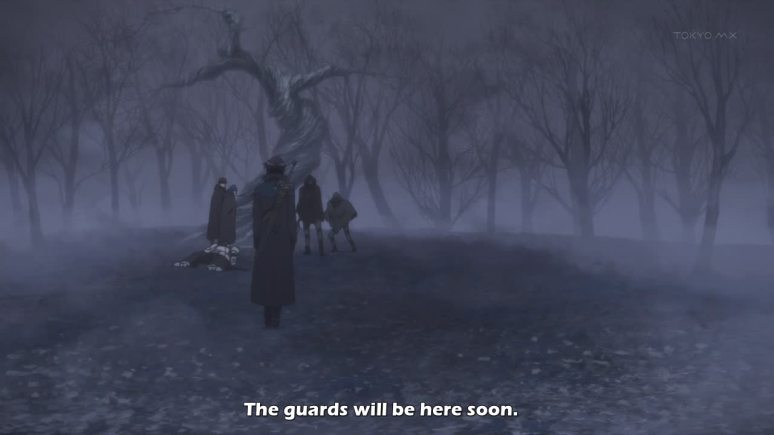 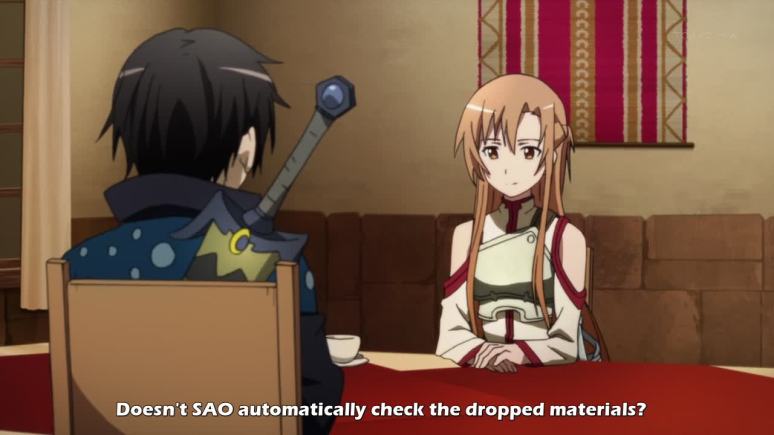 Uh, what? No. She says drops aren’t public unless you voluntarily announce them. The next line doesn’t make any sense whatsoever either. 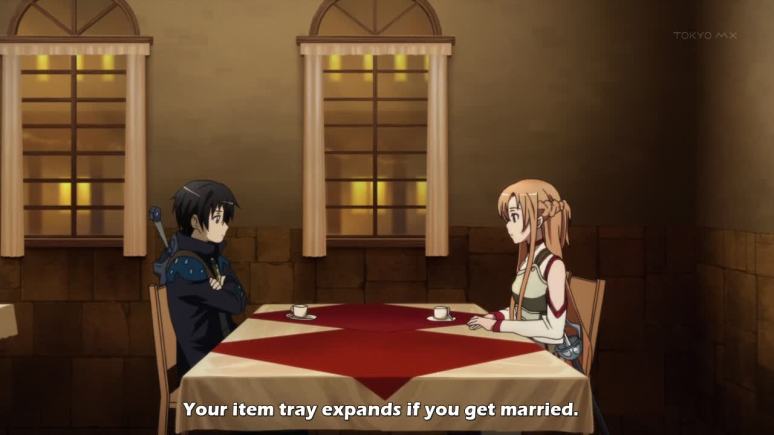 Well, in a sense it expands, but the point is that it gets shared. 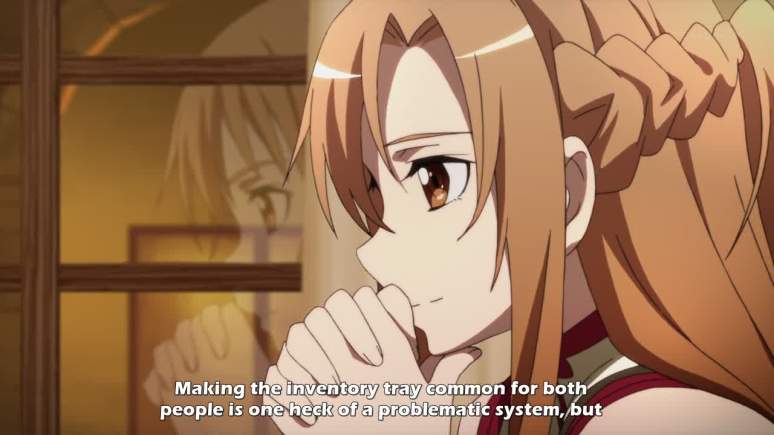 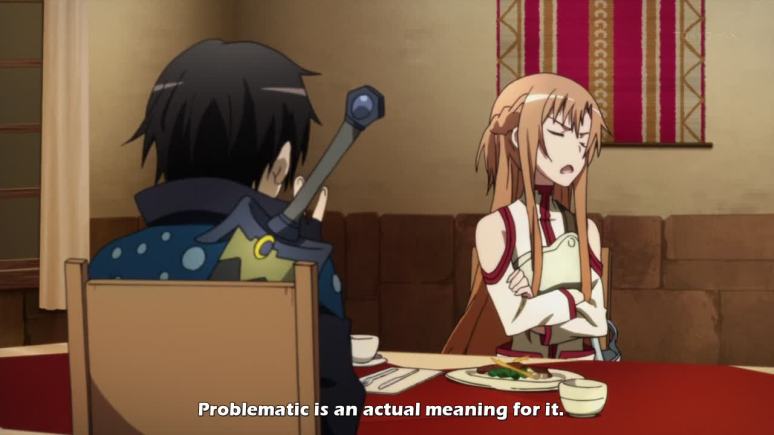 This makes no sense at all. Could it be that the people at Hadena don’t know the meaning of the word “pragmatic”? 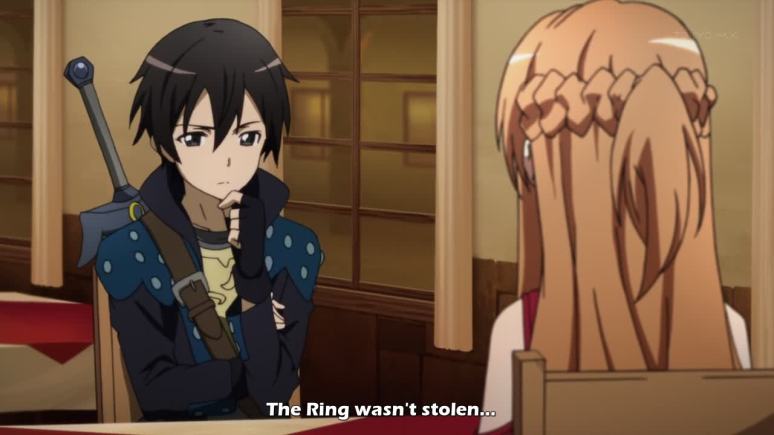 Oh yes, it was. Smeagol killed his brother Deagol for it, took it with him deep into the mines of Moria, where then he was corrupted by it over the centuries. 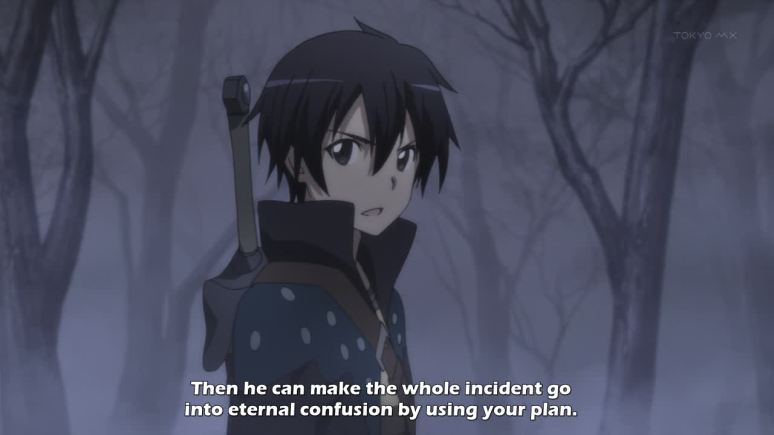 You could even go with the literal translation of “bury it into eternal darkness” and still make more sense (and be more accurate) than this line. 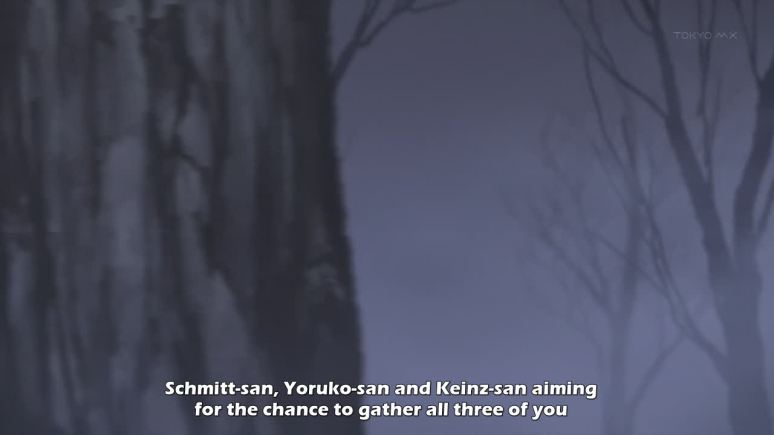 Hadena, are you even trying? The three of them tried to get rid of themselves or what? 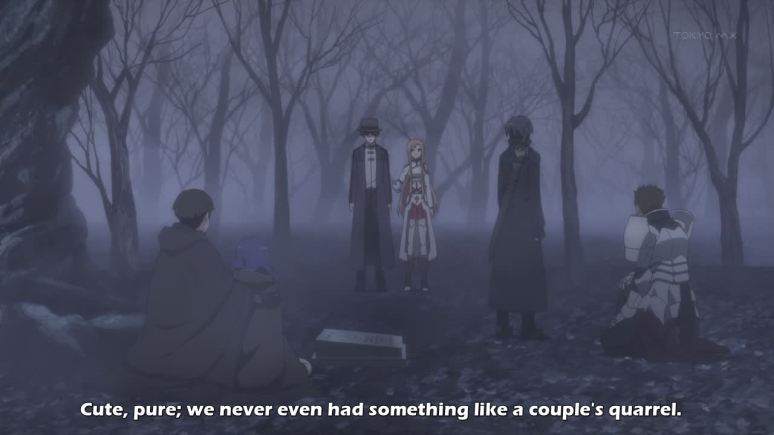 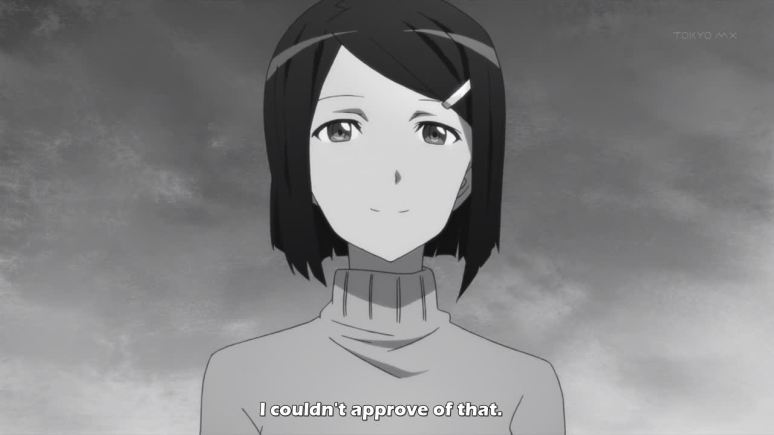 I can’t approve of these subs either. This line connects to the one after it and not the one before it – he’s saying he was forced to accept that his wife has changed. 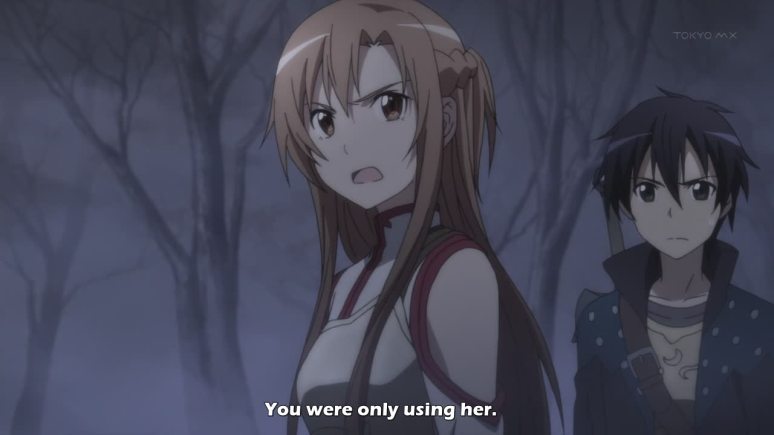 “Use” isn’t really the right choice of words here… The point is that he was being possessive. 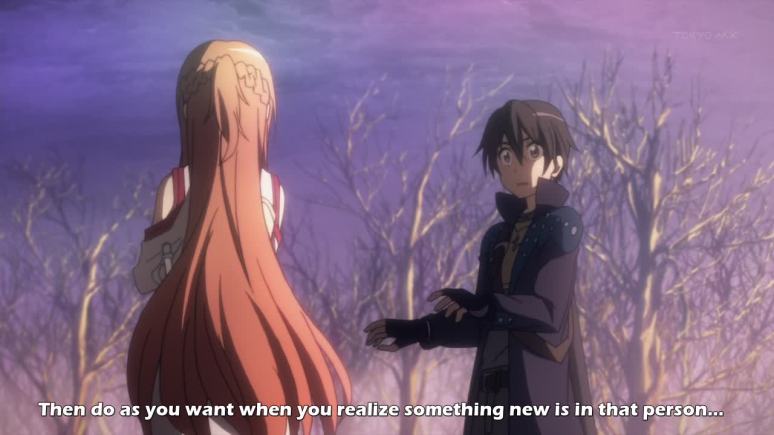 I’m impressed how Hadena manages to mess up at every point possible. (He’s saying they’re double-lucky because they can fall in love again with a new aspect of the person they love already.) 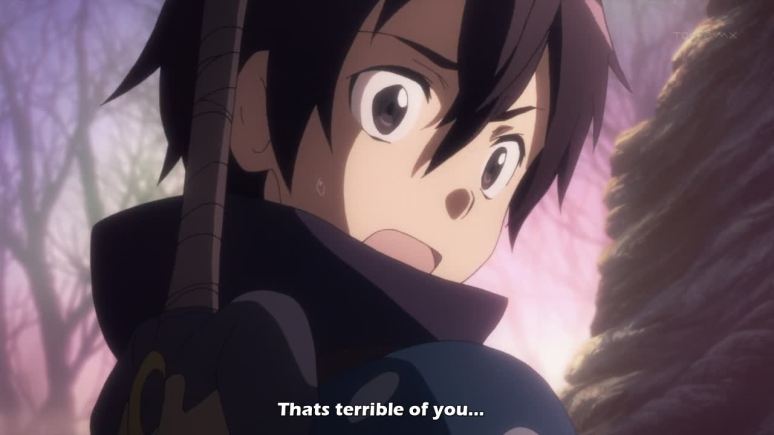 I don’t even. What is this line? He’s definitely not saying anything of the kind. Maybe a mishearing of けど (kedo, but) as ひどっ (hido’, mean or cruel)? 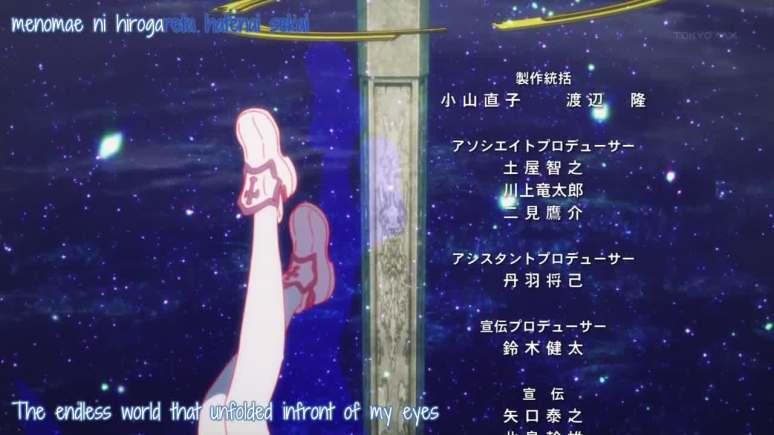 The ending is better than I expected it to be.

If you want to understand anything said in the series more complex than “hello”, this isn’t a release for you. The translator clearly has trouble understanding Japanese and there are either no editors or they just have no idea about how English grammar works. I’d rather wait a month for other releases than watch this.