Crunchyroll has been subbing Naruto for a while. I’d imagine the experience of subbing hundreds of episodes of the same thing helps when doing the spinoff; it’s not a very hard series either. And though a lot of people don’t like the main series, this episode was pretty funny. Crunchyroll had no small part in making that happen.

This episode was quite the polished dog turd.

r/a/ge level: 20/100. Bring Naruto up on /a/ and you’re bound to stir up a shit storm, but I doubt anyone pays enough attention to it anymore.

Honorifics, Western name order, Japanese lyrics for the opening and ending – courtesy of the studio.

“He even yelled when he almost stepped in the dog poo!”

“Doodoo” is the proper term, but “poo” is quicker to read and something people actually say. “Doo” by itself just reads horribly. Anyone could tell you that. There is very little, if any, reason to use it when a so obvious alternative exists. I am disappointed in Crunchyroll for ruining what was otherwise a very funny line with terrible English. 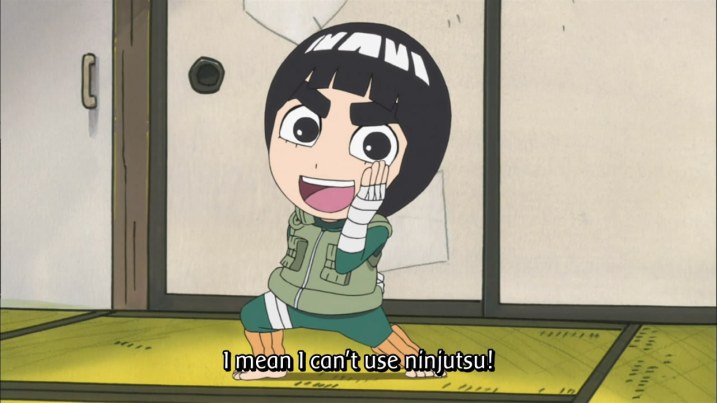 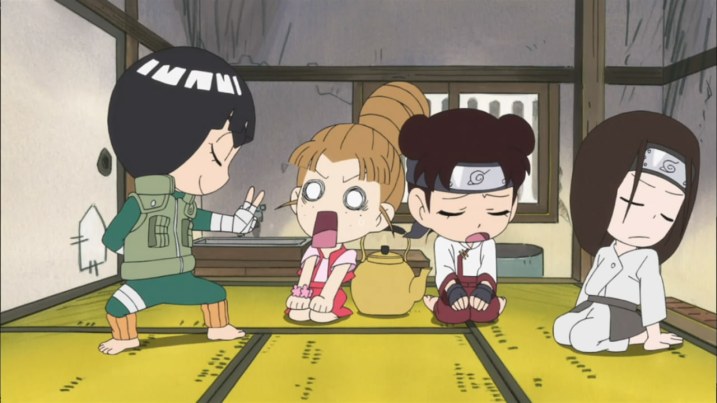 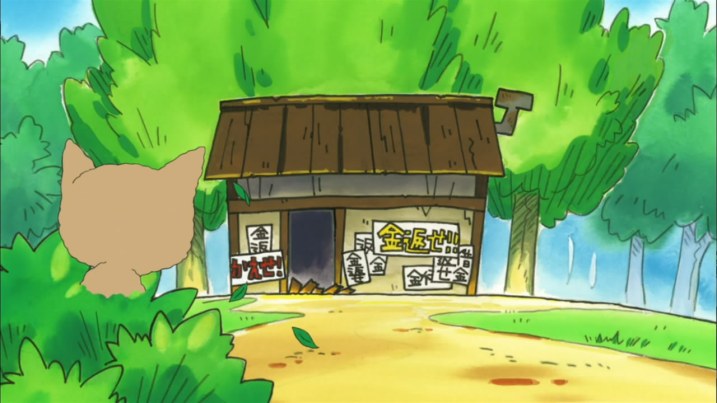 “Eeeeeeehhhh?!” [zoom out to the exterior]

The moment I had been waiting for all my life. 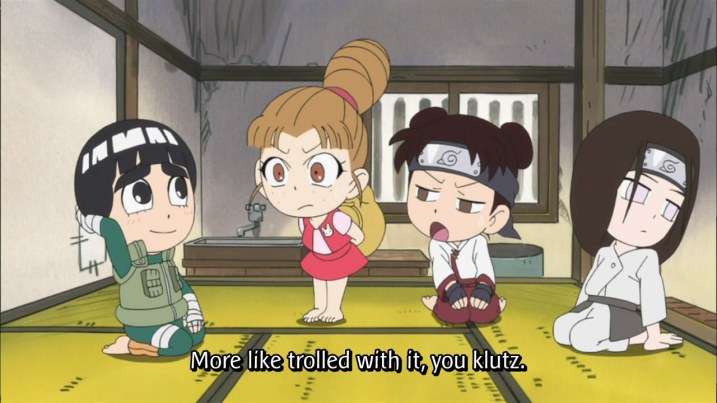 The usage of troll isn’t exactly accurate, but I thought the wordplay was funny enough. This is one the few times I’ve actually laughed at the funny man-straight man routine Japan loves so much. Naturally, Lee is the idiot or funny guy, and Tenten plays the serious ninja. Neji goes back and forth and adds to the character dynamic.

“I hope you learned your lesson after what happened today!”

Let’s keep things simple. It’s hard to explain what’s wrong with the line other than that no one would actually say it like that… from my experience, anyway.

The dialogue flowed well and was great – very understandable. It was also funny, so if you like Naruto and comedy [who?], this is the show for you.

Crunchyroll is great about typos and grammar, but things fall apart when I really scrutinize them for natural English. This release in particular had less than ideal phrasing for a couple lines. The number of comma splices was also off the charts. In the end, though, nothing absolutely heinous popped out.

Overall Grade: 4 times the dog took a dump on screen… out of 5.

Tags: 4 out of 5, crunchyroll, horriblesubs, naruto, prosub, review, script
This entry was posted by brainchild.