These lines would fit in pretty much and tokusatsu movie or shonen anime. The whole episode is full of Kamen Rider and Gundam references, so it fits well.

A reference to the game Bahamut Lagoon.

Actually, more like “going against yourself”. A reference to the lyrics of the opening song of the second disc of the Wild Arms 2nd Ignition game (can you stuff more “of the”s in one sentence?) of the title Resistance Line (I managed).

This clash totally reminded me of the Naruto vs Sasuke fight at the waterfall. 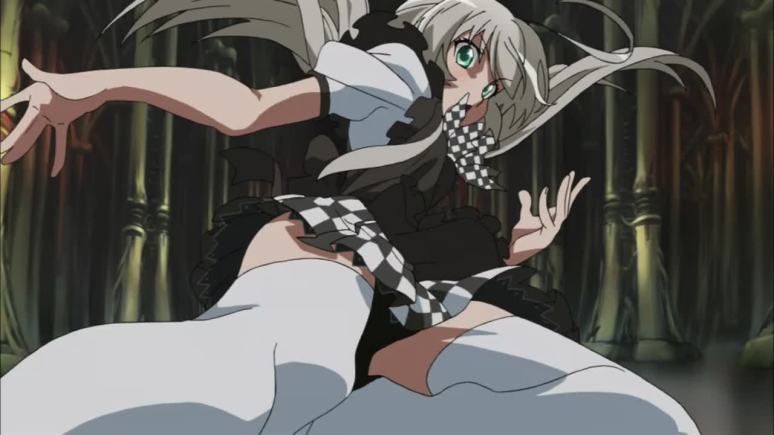 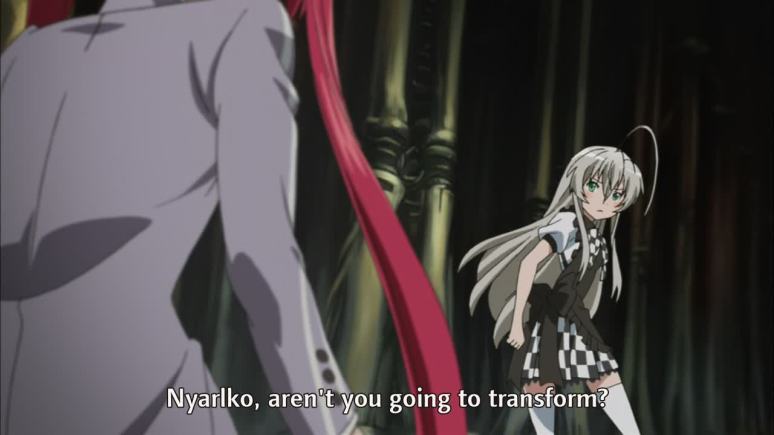 A line from Kamen Rider Decade.

Ranma (1/2) used a very similar trick to distract an opponent as well.

This might be just an overkill, but people suggested that this is a Little Busters reference. Actually listening to the video linked on another blog, and considering the futon scene later, this may as well be a Denpa Onna reference. 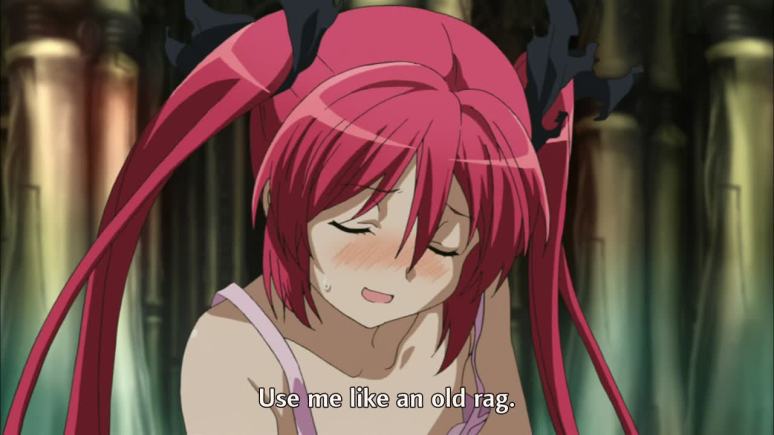 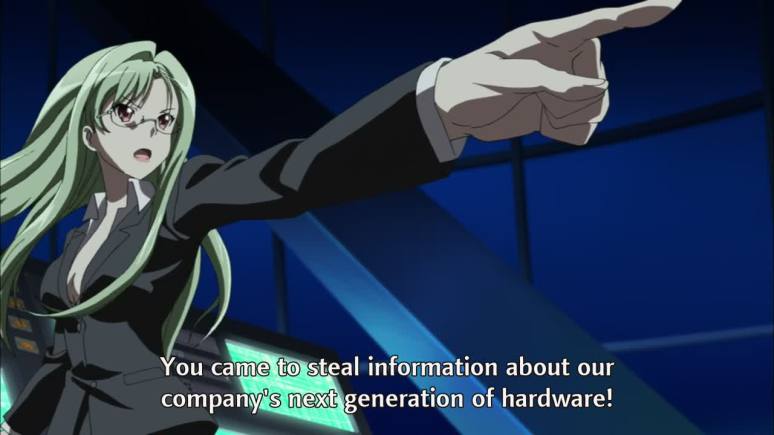 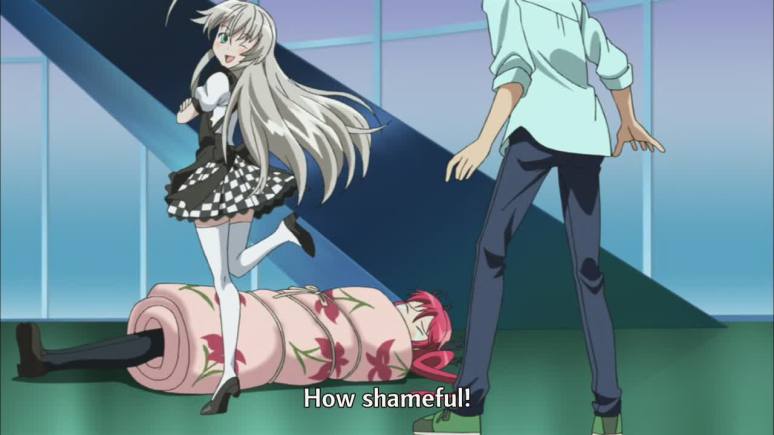 Carcosa is a city in the Cthulhu myth associated with Hastur. CCE itself is a reference to Sony Computer Entertainment (SCE). 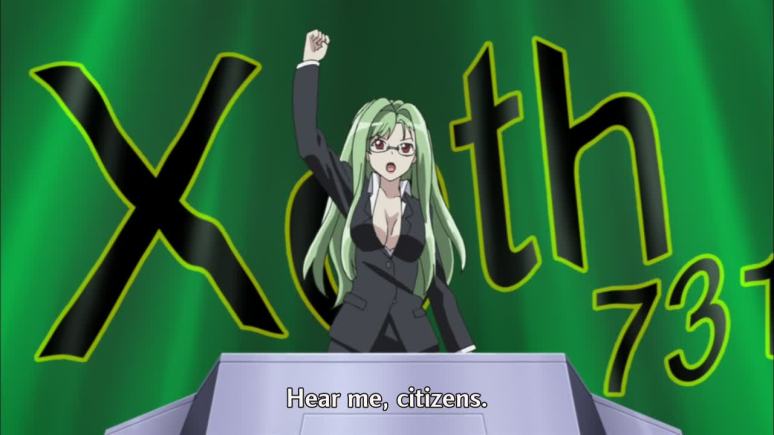 Gihren Zabi’s speech from Gundam. 731AD is the year when Abdul Alhazred (the Mad Arab, who wrote the Necronomicon) supposedly died.

This reminds me a lot of that mad scientist from Shana, whatwashisname… oh right, Dantalion. 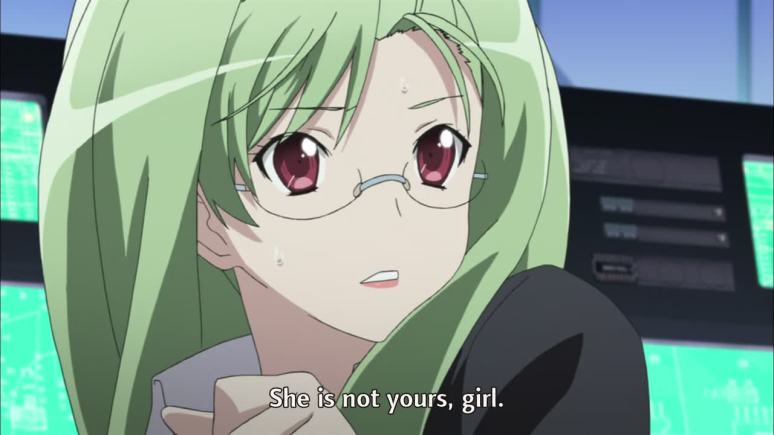 A Gundam Crossbone / G Generation F reference. This whole dialog is quoted almost word for word. Her transformation scene and the “I have arrived!” are Kamen Rider (OOO and Den-O) references.

Lucy Monostone is from MPD Psycho, they just changed mono (one) to ji (two). 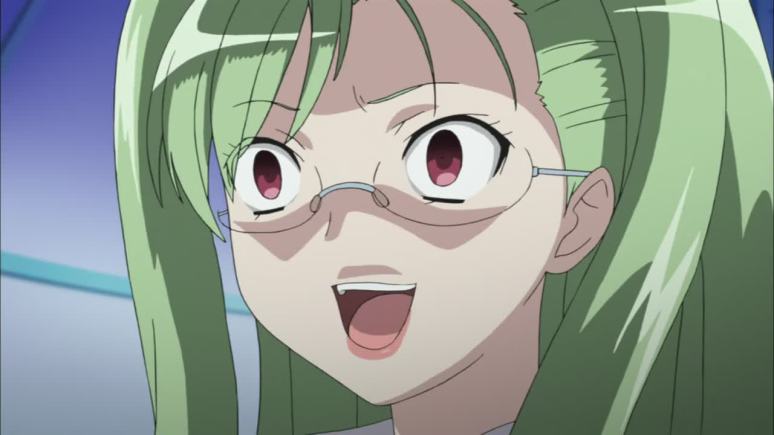 The typical maniac laughter from countless anime and manga.

Quattro Bajeena did this in Zeta Gundam as well. 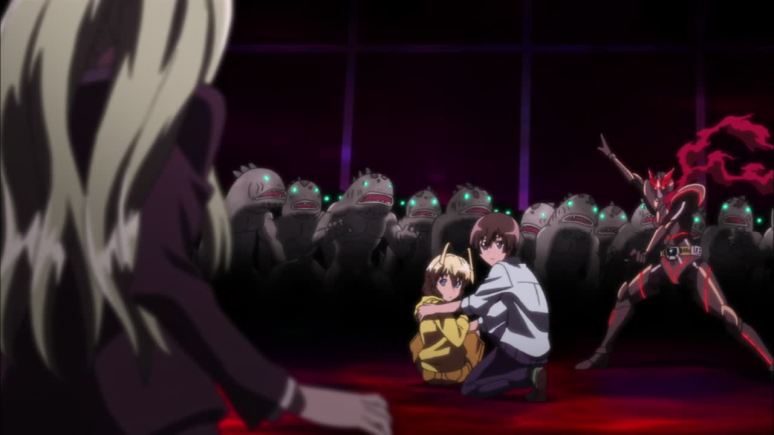 Her lines are from Kamen Rider Den-O. Her paralyzing forks are a reference Monster Hunter again, fitting her whole theme.

The same Musou Mode as in Eureka.

Accel’s catchphrase (along with her earlier line) from Kamen Rider W.

This is Lebia Maverick’s line from Silent Möbius.

This is a Kamen Rider W reference, but it also fits his wind god image as well.

そっち係 (socchi-kei) is how you refer to homosexuals without calling them that. 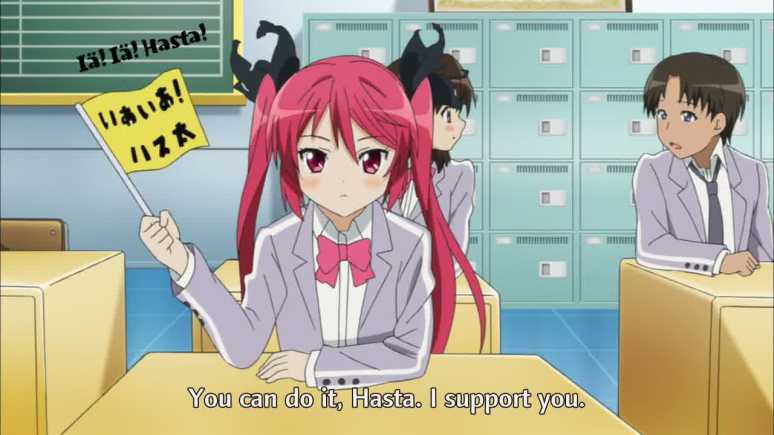 “Iä! Iä!” is a traditional chant in the Cthulhu myth. 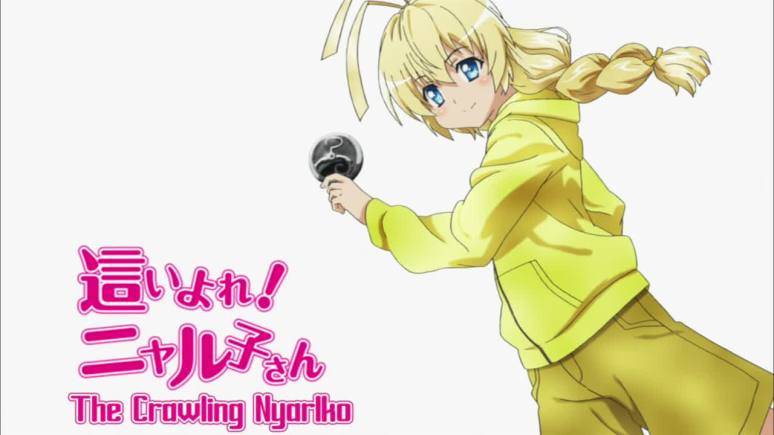 Kamen Rider W reference (they use the Cyclone memory a lot too, and Hasta is a wind god). The disc he’s holding has his mark, the Yellow Sign on it. 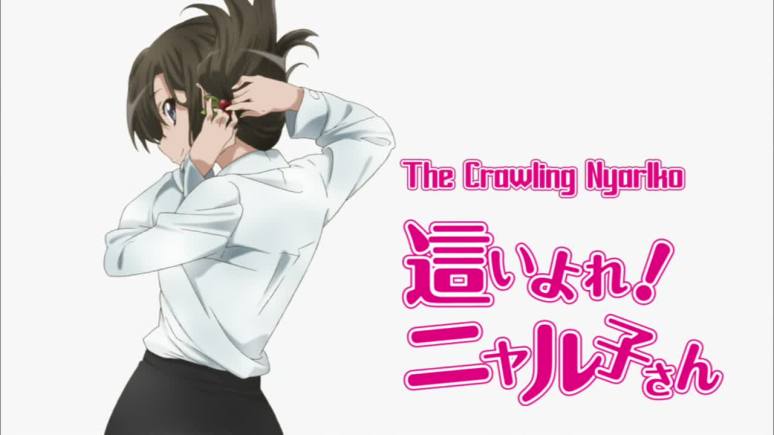 A reference to Sailor Mercury from Sailor Moon. The voice actress is the same as well. 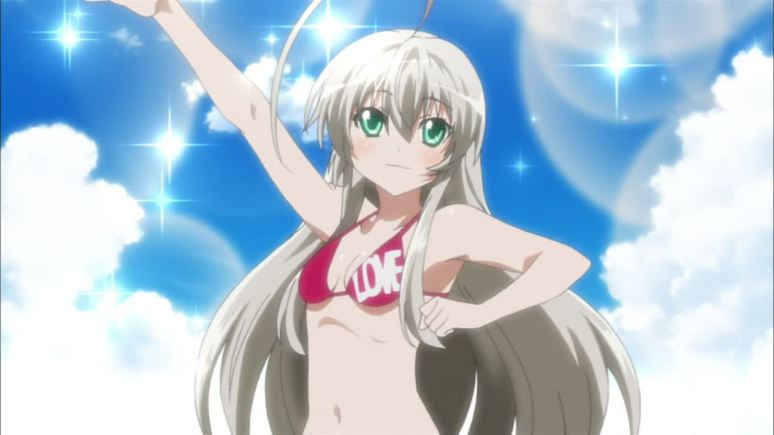 She has “Love” and “craft” written on her bikini.

She corrects herself, but the comrade tickets are a Monster Hunter reference. 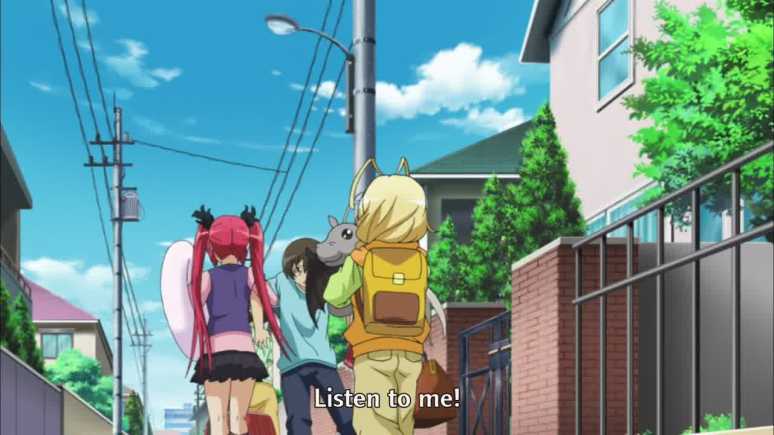 A shoutout to Basara from Macross 7.

This “bright family planning” thing is quite widely used, there are even condom vending machines with this slogan. 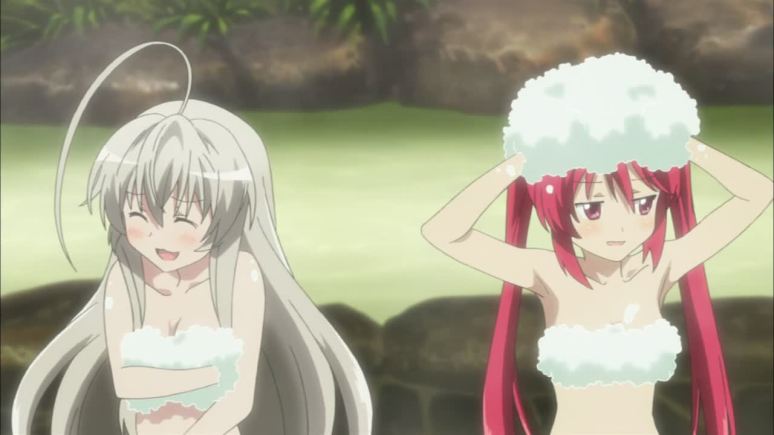 The way they laugh at each other then look away is exactly how Aeka and Ryoko does it in Tenchi Muyou.

He wants to gattai with Mahiro…

This “aah!” (アーッ) is probably a reference to the eroge Midsummer Night’s Wet Dream (真夏の夜の淫夢 manatsu no yoru no inmu). A flower falling is a very common metaphor for losing one’s virginity (花を散らす hana wo chirasu).

One thought on “Haiyore! Nyarlko 06 – notes and the like”