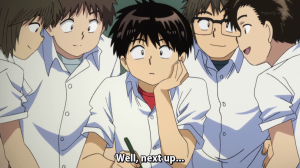 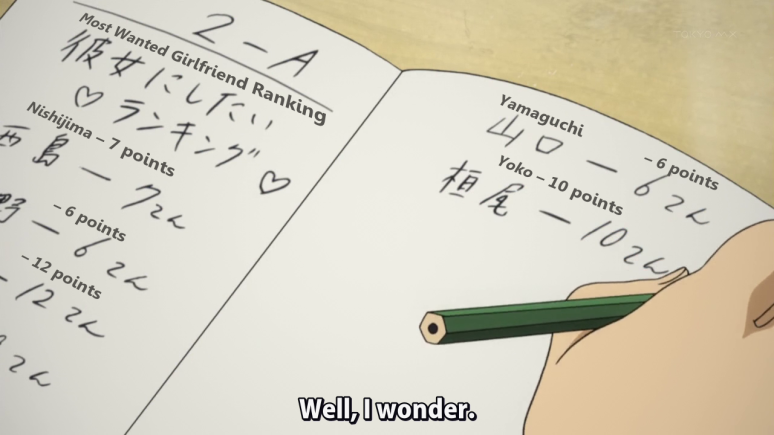 桓尾 is not Yoko (it’s probably Kanno or Kan’o). Yoko is her first name.

This line allows for quite liberal translation, and surprisingly enough, this fits.

They didn’t ktime it, but the translation isn’t bad. (Except for a few weird stuff like mishearing “symphony” even though it’s exceptionally pronounced correctly.)

“She never once forgot about this routine.” I can’t say it’s incorrect but the phrasing is bad. 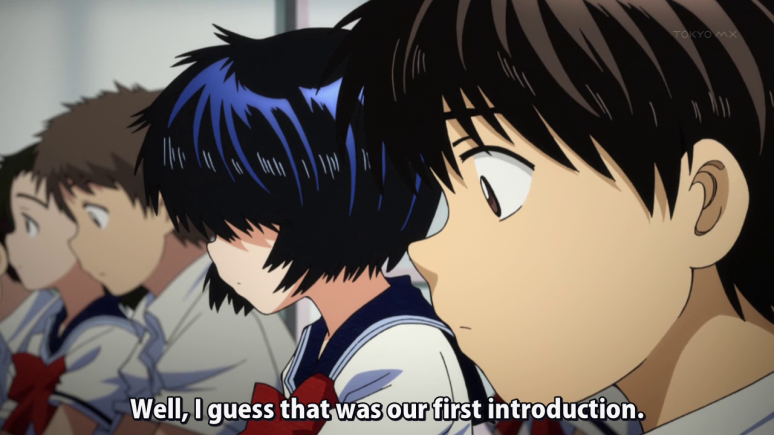 This is too liberal for my tastes, but at least it’s funny.

That’s not the point. Mistranslated. キレる (kireru) means to get very angry, though in this context I can kind of understand why they misinterpreted it for 切る (kiru, to cut).

I can’t really imagine how anyone could tie a doll around their head.

Surprisingly enough, the translation isn’t as bad as expected. Of course there are plenty of mistakes, but most of them aren’t all so grave. The editing is quite hideous though (especially for the first half), but I’ll leave that to editors to criticize.