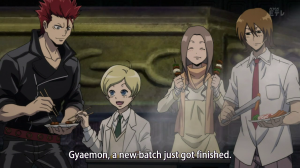 Shishies? What does that even mean? Gyaemon? Are you serious? Gyaemon? I knew these guys have no idea about how to sub anything where people don’t get raped by tentacles, but this is a bit of a shocking start. 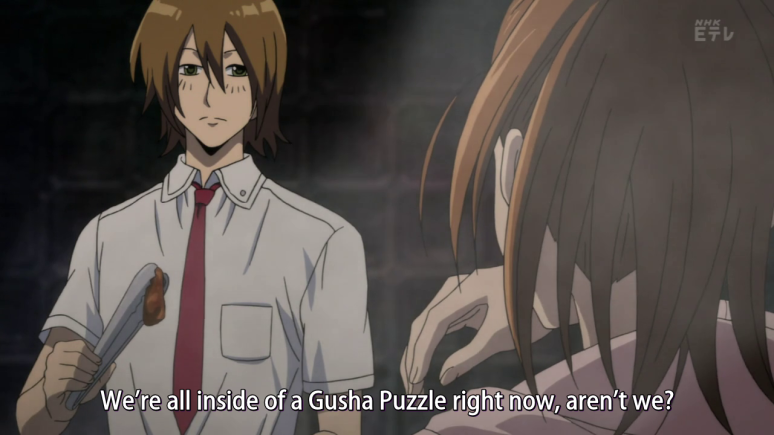 This is a guesslation and a bad one at it. It has nothing to do with what’s being said. (She says “Just bring some bread or snacks then!”) I don’t know how is this even possible when the script is extremely simple so that even 8-year-old kids can understand it (it airs on NHK-Education) and the show has closed captions too.

“Is “genius” the synonym for “idiot” or what?” (All of them except the girl shouting are genius puzzle freaks.)

Cool typeset, guys. Considering this is pretty much the only one in the whole episode.

I’m pretty sure they used the captions for the song (it has the lyrics). Call me biased, but after the first few minutes I doubt these guys could ever translate a song like this by hearing. Although most of the Japanese is correct, they managed to mishear/misspell a few parts and the whole translation is just off. They simply ignored words that would change the meaning of the lines a bunch of times. But I should point out that the karaoke timing is well done. Well, they got the “evening” part right. The rest is wrong (he’s inviting his friend for a chess game). It’s impressive mistranslation considering the guy speaks about as fast as… something that speaks very slowly. I can’t take these subs seriously either. Tachiiri-kinshi? Are you kidding me?!

This line is so well phrased it feels totally off in this script.

The glass turns into smoke? No it doesn’t. Learn to translate.

Singular. There is one puzzle. 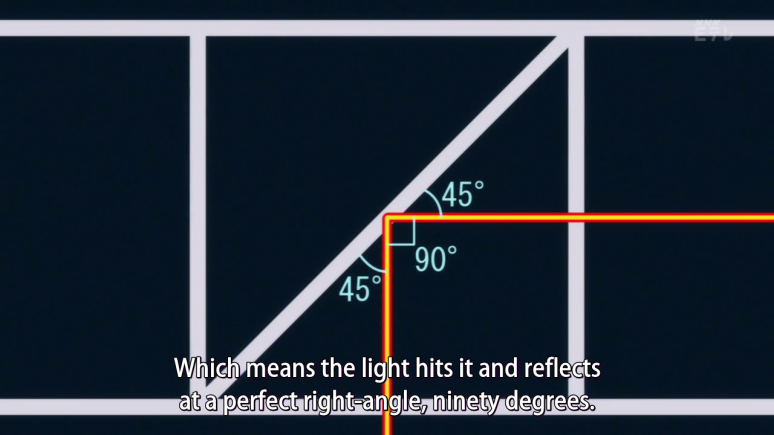 I can’t keep this up. This is just so wrong.

The translation is horrible. They have made hilarious amounts of mistakes and the editing is terrible as well, except for a few lines. Avoid at all costs.